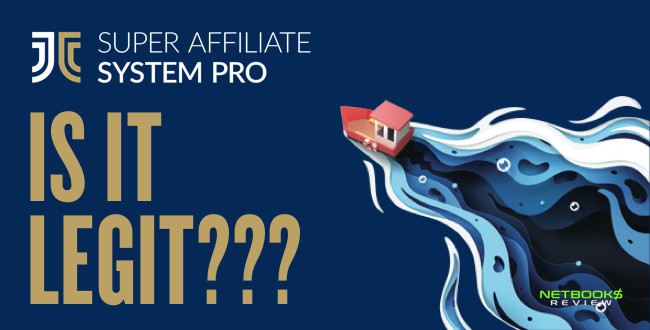 Affiliate marketing is growing quickly around the globe. Some predict this market will double by 2025 from a net worth of $4 billion in 2015. The numbers are monumental. In just 2017 there were 170 million transactions in affiliate marketing. Perhaps you’re wondering how to get in on this trend and whether Super Affiliate System Review is the way to make money in this arena.

What Is Super Affiliate System?

The course, created by John Crestani, promises to teach the very same techniques that allowed John to net $19,700,000.00. Super affiliates are affiliate marketers are those who have enough success as to allow them to earn 6 figures, if not more. In order to achieve that success it’s necessary to adapt some very well-designed strategies, and put them into place over time. 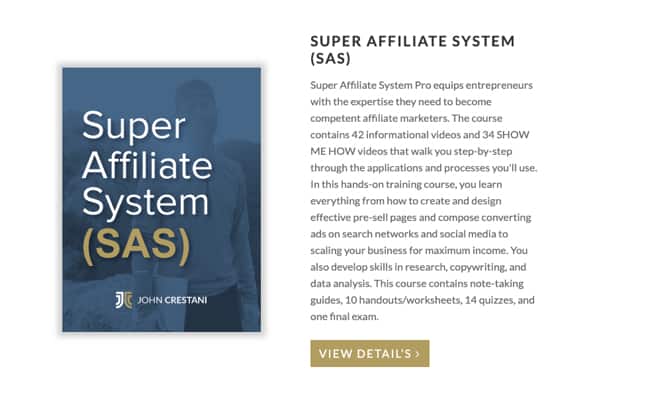 John’s system is especially designed to help the beginner fast track the process from starting out to becoming a super affiliate. With the updated Super Affiliate Pro System you get lifetime access to the Blueprint. This means that when you buy into the course, you get updates (currently on the fourth).

Super Affiliate System at a Glance

Who Is John Crestani?

Originally from LA, John Crestani is an internet marketer who is no stranger to being accused of some level of fraud or scamminess. A 2017 YouTube video boasts that he makes about 5 million a year, and his YouTube channel has 300,000 subscribers.

He dropped out of college and spent years trying to build a business on the internet that provided a stable income. He failed many times before achieving success. The idea of the course is that he gives students the behind the scenes look and step by step guide as to how he accomplished becoming a super affiliate. The idea is that that way you can replicate the success without all of the failures beforehand.

How Much Does the Super Affiliate System Cost? 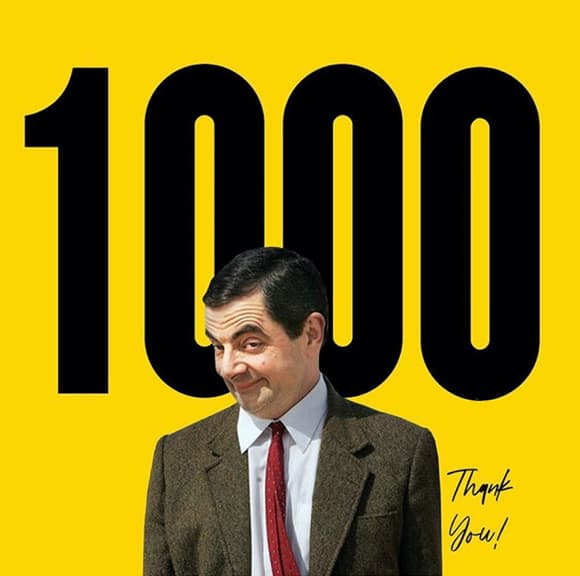 When the program first started, back in 2015, John was selling his course for around $5,000. Since then the price has dropped down to $997. However John still maintains the class costs $5,000, you just have to use a coupon to unlock the $1,000 deal. But the coupon is always available on the website to everyone who signs up. I’m pretty sure no one has actually paid $5000.

If paying $1000 all at once seems like too much, you can also break it into three monthly payments of $397. Of course this costs more overall.

What Does the Super Affiliate System Cover? 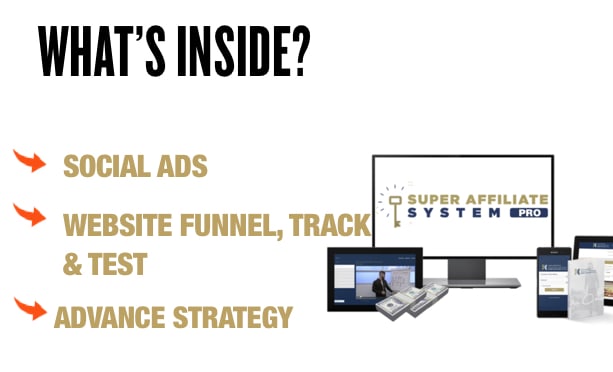 This covers just about everything you can think of when it comes to affiliate marketing and the breadth of topics covered is definitely one of the main strengths of this course. Topics covered include:

All of these topics require an extensive course. Meant to take 6 weeks, the course includes over 50 hours of video.

An In-Depth Super Affiliate System Review Broken Down by Week

Before purchasing the course you can take a webinar with John that will present an overview of the course. From there you can decide whether or not you want to purchase the full package. 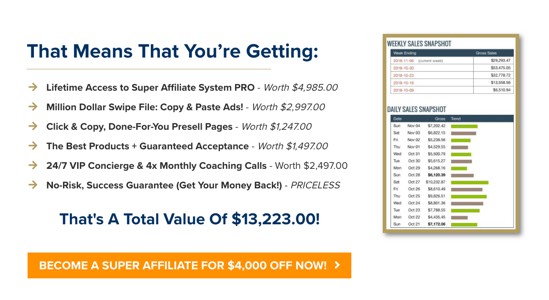 This week is for an introduction as well as for getting familiar with how to set up your system. After an initial introduction, topics covered include:

This is definitely a great resource for those who are completely new to affiliate marketing. To others who have already been selling this is likely to seem remedial.

A large part of this week is choosing your niche. It explains why this is important and how to go about doing it. A lot of this advice is based on finding what’s successful and then basically copying it but in reverse.

This section also spends a good deal of time discussing the mindset of success. This is specifically called the Entrepreneur Mindset and may or may not be helpful.

Other topics in week two include:

This week focuses on copywriting and marketing skills. Based a great deal in psychology, this section is meant to teach you how to write good ads and launch successful campaigns. This includes some special sections such as:

The topic for this week is Google and Facebook ads. With the two of these making up a major cornerstone of successful affiliate marketing, it’s no wonder a week is devoted to these two advertising networks.

There’s a separate section on Facebook Ads taught by another super affiliate, Brian Pfeiffer. This section specifically covers how to make $100,000 month. Of course being able to pull that off by week four would be truly fast tracking things!

Some specific topics covered this week include:

This week covers the different ad networks that you have the option to sign up with. Specifically covered is native advertising as well as YouTube ads. For each platform, you receive a full walkthrough as well as an exploration of who to target and how to target them. The course features a guest lecture on Facebook ads from Tim Burd. Specific topics covered include:

This week covers scaling and outsourcing. You’ll learn a lot about capturing leads here. A big part of the strategy centers around survey funnels, and this can be a highly effective one. In addition to using survey funnels there are instructions for using media buyers in this section.

During this week, you’re meant to scale your campaign from $1,000 to $20,000. And week six contains the instructions for how to do so. Of course that’s a tall order for six weeks, to say the least.

There are two case studies in this section:

Could it have anything to do with affiliate marketing if there weren’t bonuses? Of course not.

There’s free access to a training course for generating more traffic form sites such as YouTube, Facebook and Google, as well as a subscription to Internet Jetset that retails for $47/month. And don’t forget that the course comes with lifetime access to all the videos, including access to the updates. And there is an extensive update offered each year. 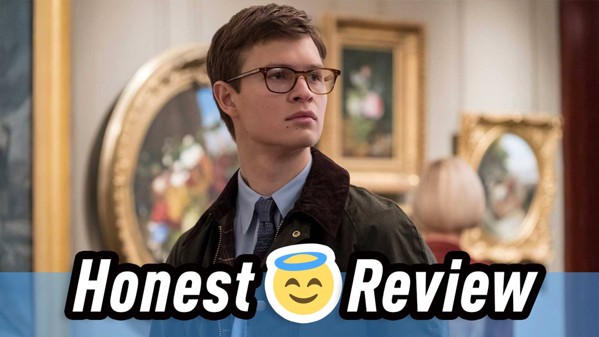 So you’re likely wondering, does the Super Affiliate System really work. Well the fact is it makes some really tall claims. 20K in six weeks just isn’t realistic for the vast majority of people, especially those just starting out. If based entirely on whether the company delivers on its biggest claims then it does not come off as legit.

But if you hold Super Affiliate System to a standard that’s not quite so high, there is certainly some value to be gained from the course. One of my favorite things about the course over all is that it covers so many topics. Many affiliate marketing courses will cover Google Ads or Facebook Ads, but not both. Or if they do cover both the leave off native advertising and YouTube. John’s course really covers all of it. 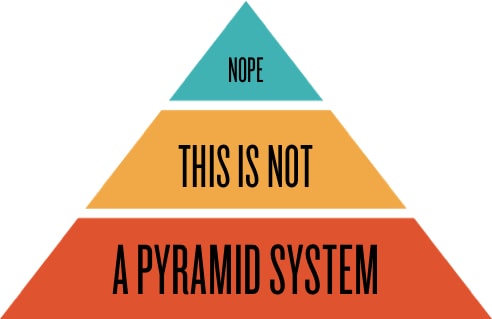 Because students can promote and sell access to the course as a product, some can be suspicious that the Super Affiliate System is a pyramid scheme. Especially because many of the cases cited in the course involve this product for sale. But students can choose to promote and sell any product they like, so overall, while it does have an MLM aspect, I would say no, it’s not a pyramid scheme.

The Pros of the Super Affiliate System

The Cons of the Super Affiliate System

The Final Verdict: Do I Recommend Super Affiliate System 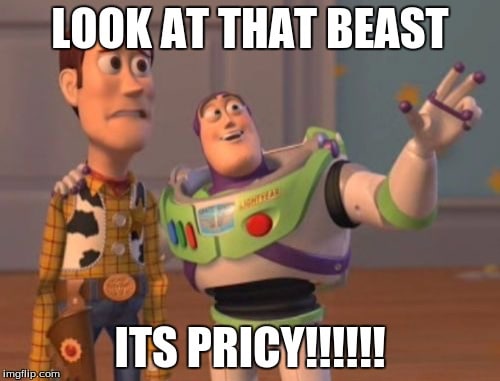 Overall I can’t really recommend it. The price is just too high. If you’re only goal is to invest a lot of money into paid advertising so you can see results as fast possible (and startup money is no object) then I can see this being a worthwhile investment, especially if you’re just starting out.

I think it is likely that some of John’s students do quite well. But this might be bolstered by selling the system to others. There is this MLM aspect to the course, where students can profit by selling the course to other.

All in all I feel like you can get a much better working course for a way cheaper price.

Generating leads with online billboards is by far the greatest opportunity for any regular person to make serious money online and be able to quit working for someone else forever.

This is pretty much how it works: 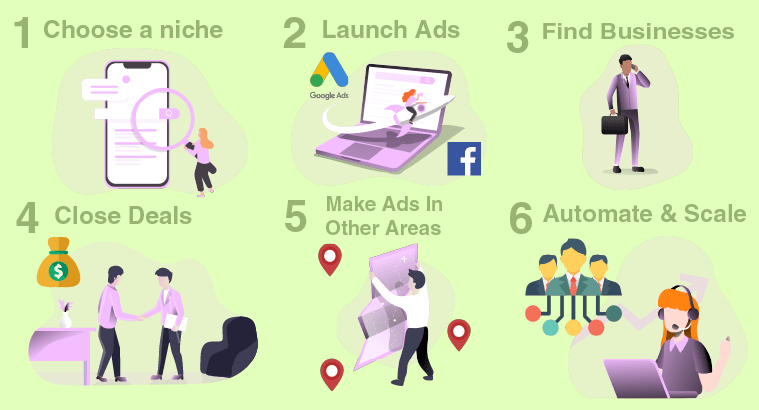 The main advantages of generating leads with online billboards over multi-level marketing is that you don’t have to ruin your reputation with your friends and family, you provide real value to businesses, and you can scale your business much further than MLM.

This is because you’re essentially replacing entire marketing teams for businesses and charging them a premium to send business their way.

MLM can make you money, but if you look into all the MLM horror stories on the internet, you’ll see there’s a better way to earn an income online.

It’s better to provide real value than sell an overhyped product that someone else is making a majority of the profit for.

So if you want something that can help you finally quit your job, I recommend doing this instead of MLM.

What makes lead flipping that much better than MLM? Good question.

The amount of niches you can choose to start your online billboard business is incredibly big. There’s some niches out there that are almost completely untapped.

Once you get a steady stream of leads being generated, businesses will pay you month after month for years. You just send the leads to the business and collect your money! 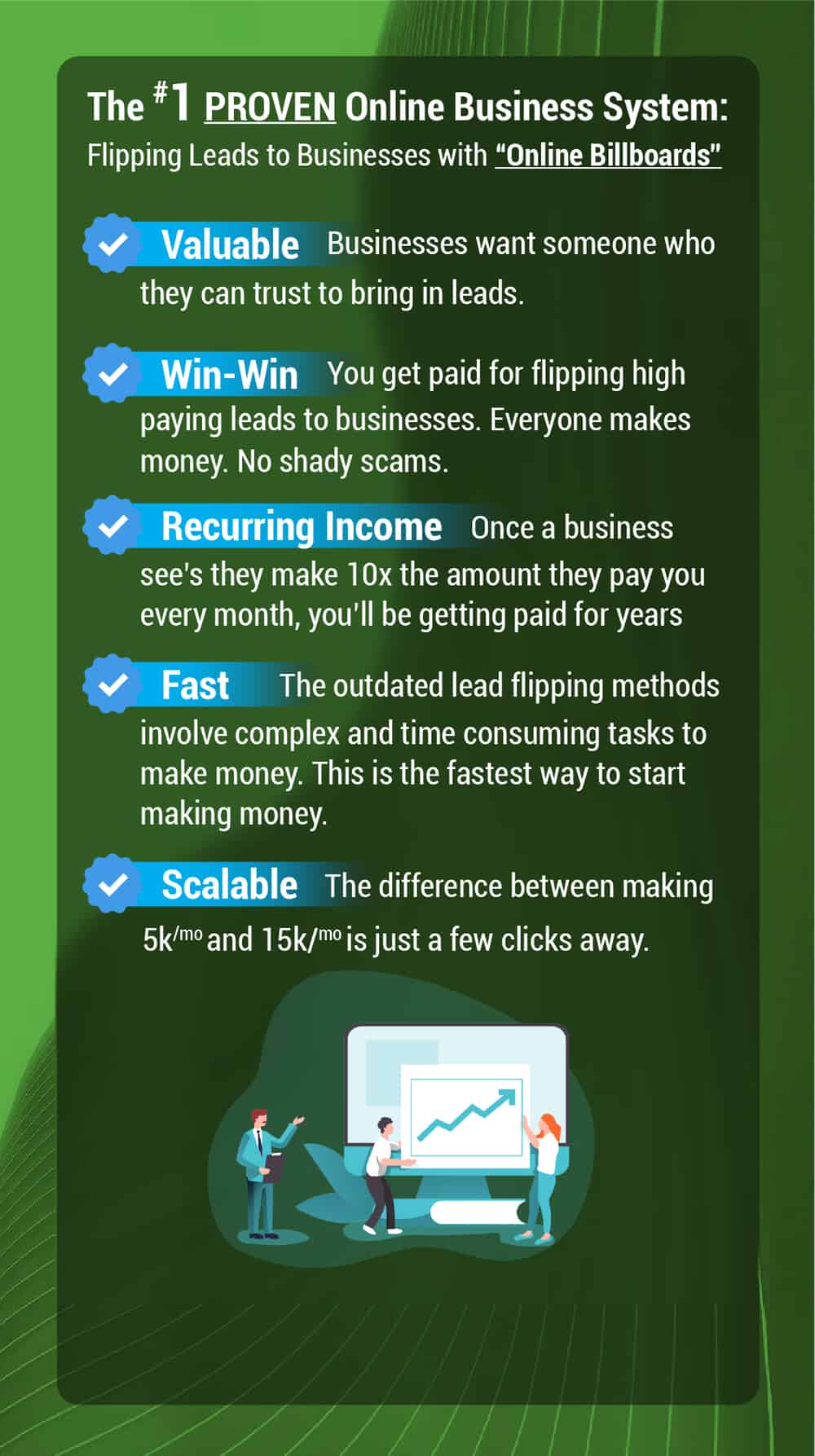 Get Started With Lead Flipping